Public Health and the Courtroom: How Health Officials Become Involved With Lawsuits 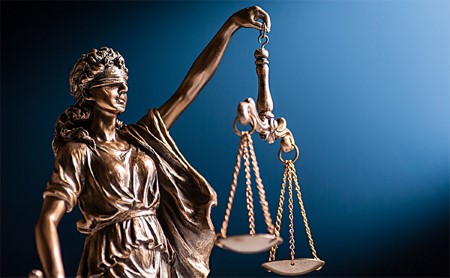 State and territorial health officials (S/THOs) are granted the legal authority to protect the health and well-being of their jurisdiction’s residents and to promote public health. This often includes the power to order isolation or quarantine, promulgate and enforce regulations, and to implement emergency mitigation measures to prevent the spread of disease. Beyond general authorities granted to S/THOs, other laws task public health agencies to take specific action or develop a specific program. When the exercise of these legal authorities directly affects a person or organization, there may be a basis for filing a lawsuit challenging government action.

In general, for a person to bring a lawsuit against the government they must show that they have standing, that the case is ripe for review, and that the case is not moot. To have standing, the person bringing the suit must show that they were directly harmed by the government's action and that there is a way to provide a remedy to the harm. For a case to be ripe for review, and not moot, there must be a sufficient record for a court to consider and that the underlying contention is unresolved.

As leaders of their state agency, S/THOs can be named parties in lawsuits alleging that an action of the public health agency has taken was unlawful. The S/THO is typically sued in their “official capacity,” meaning the lawsuit is brought against them as the representative of the agency and not as an individual. Below are three examples of S/THOs finding themselves being named in lawsuits.

The examples include lawsuits challenging a S/THO’s role in implementing or enforcing a law passed by the legislature, a S/THO’s issuance of public health order during the COVID-19 pandemic, and the exercise of a health agency’s emergency rulemaking authority to address lung injuries caused by vaping products.

In 2018, the Mississippi Legislature passed HB 1510, which prohibited most abortions after 15 weeks gestational age, providing an exception in cases of medical emergency or severe fetal abnormality. Under the new law, a licensed physician was required to determine the gestational age of fetus prior to performing an abortion. The law directed the Mississippi Department of Health to create a form for physicians to document any abortions performed after 15 weeks gestation and report the procedure to the department. This contradicts current Supreme Court precedent Roe v. Wade and Planned Parenthood v. Casey, affirming a Constitutional right to an abortion before viability.

In November 2018, a federal judge determined that the Mississippi law was unconstitutional and blocked it from going into effect. In December 2018, Thomas Dobbs, MD, MPH, was appointed Mississippi State Health Officer after previously serving as the state epidemiologist and senior deputy, replacing Currier. Accordingly, the lawsuit initially filed by Jackson Women’s Health Organization was amended to substitute Dobbs, again in his official capacity, for Currier. Following the district court opinion blocking the law, the state of Mississippi appealed the decision to the Fifth Circuit Court of Appeals. Because Mississippi filed the appeal, the case became known as Dobbs v. Jackson Women’s Health Organization.

In 2019, the Fifth Circuit affirmed that the Mississippi law was unconstitutional and Mississippi made a further appeal to the Supreme Court of the United States (SCOTUS), which agreed to hear the case in 2020. SCOTUS heard oral arguments in the case in October 2021, with a decision anticipated to be released in June 2022.

In response to COVID-19 mitigation measures—and to promote social distancing and reduce the spread of disease—some S/THOs used their public health powers to issue gathering restrictions and to close certain types of businesses. Some business owners affected by those orders filed lawsuits challenging the authority of the S/THO to restrict their businesses.

For example, former Ohio State Health Official Amy Acton, MD, MPH, was sued in her then professional capacity by amusement parks, music festivals, and gym owners. In one of the cases, Rock House Fitness, Inc. v. Acton, a state court prohibited the health agency from imposing penalties against gyms and fitness centers for refusing to comply with temporary business closure orders. After Acton left her role at the Ohio Department of Health she was removed from the suits naming her in her official capacity.

In response to an outbreak of e-cigarette or vaping product use-associated lung injury (EVALI) in 2019, the Utah Department of Health issued an emergency rule limiting the sale of flavored e-cigarette products to age-restricted retail tobacco specialty businesses. Retailers who were prohibited under the emergency rule from selling flavored vape products filed a lawsuit to challenge the rule and named the Department of Health and its Executive Director, Joseph Miner, MD.

A Utah court blocked part of the rule, finding that while the Department of Health was justified in issuing an emergency rule related to preventing illicit THC vapor products, it lacked the authority to regulate electronic tobacco flavors through emergency rulemaking. Under the terms of the court order, the department was permitted to require tobacco retailers selling e-cigarettes to post mandatory warning signs for 120 days alerting customers that “vaping unregulated THC is dangerous to your health.” The department declined to appeal the court order, allowing the emergency rule to lapse at the end of January 2020.

As leaders of governmental health agencies, S/THOs make important decisions and are tasked with heavy responsibilities that affect many. When one of those decisions impacts an individual there is always a chance the activity will be challenged in court. In many ways, being inside a courtroom is to be expected for a S/THO.