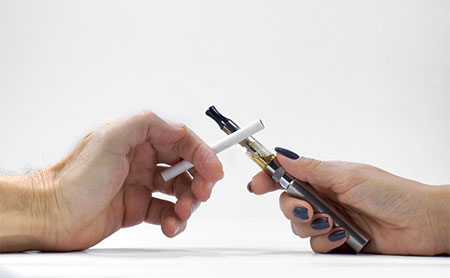 Every year on the third Thursday of November, the American Cancer Society challenges current commercial tobacco users to start their quit journey in the Great American Smokeout. This year, ASTHO is adding our voice to the campaign and reflecting on our time at the third National Menthol Conference held in Washington, D.C. in September, a three-day event hosted by the African American Tobacco Control Leadership Council.

The conference brought together tobacco control advocates, community leaders, elected officials, public health professionals, and other stakeholders from across the United States to provide a national plan of action for “Finishing the Fight” to remove flavored tobacco products from the market. Presenters spoke both on the recent progress and the work that is yet to be done given the continuous harm of menthol products and e-cigarettes, which disproportionately harms African Americans, young people, and other underserved communities.

There were sessions covering topic areas hookah to FDA’s menthol rule-making process. In one panel, I had the opportunity to ask policy and legal experts for their thoughts on the importance of state- and local-level policy around menthol cigarettes and flavored tobacco products. If final rules on menthol cigarettes and flavored cigars are already in the works at FDA, do states and localities really need to get involved? The panel’s answer was unambiguously “yes,” and their responses alluded to four key reasons why state and local jurisdictions still need to act:

Several states and localities have taken measures to restrict the sale of menthol and other flavored tobacco products with variations in limitations to sales. California is the most recent state to have a monumental success in this area following the approval of Proposition 31, the Flavored Tobacco Products Ban Referendum that upholds sales prohibition of flavored tobacco product sales previously passed by the state legislature.

Furthermore, many are calling for the consideration or reformation of penalties and enforcement practices that target individuals, especially youth and youth of color, rather than businesses and tobacco industry actors themselves. As we rally together in the fight against menthol and the harms of the industry – including individuals making cessation efforts on their own accord – health, racial equity, and social justice should remain at the forefront of these conversations.