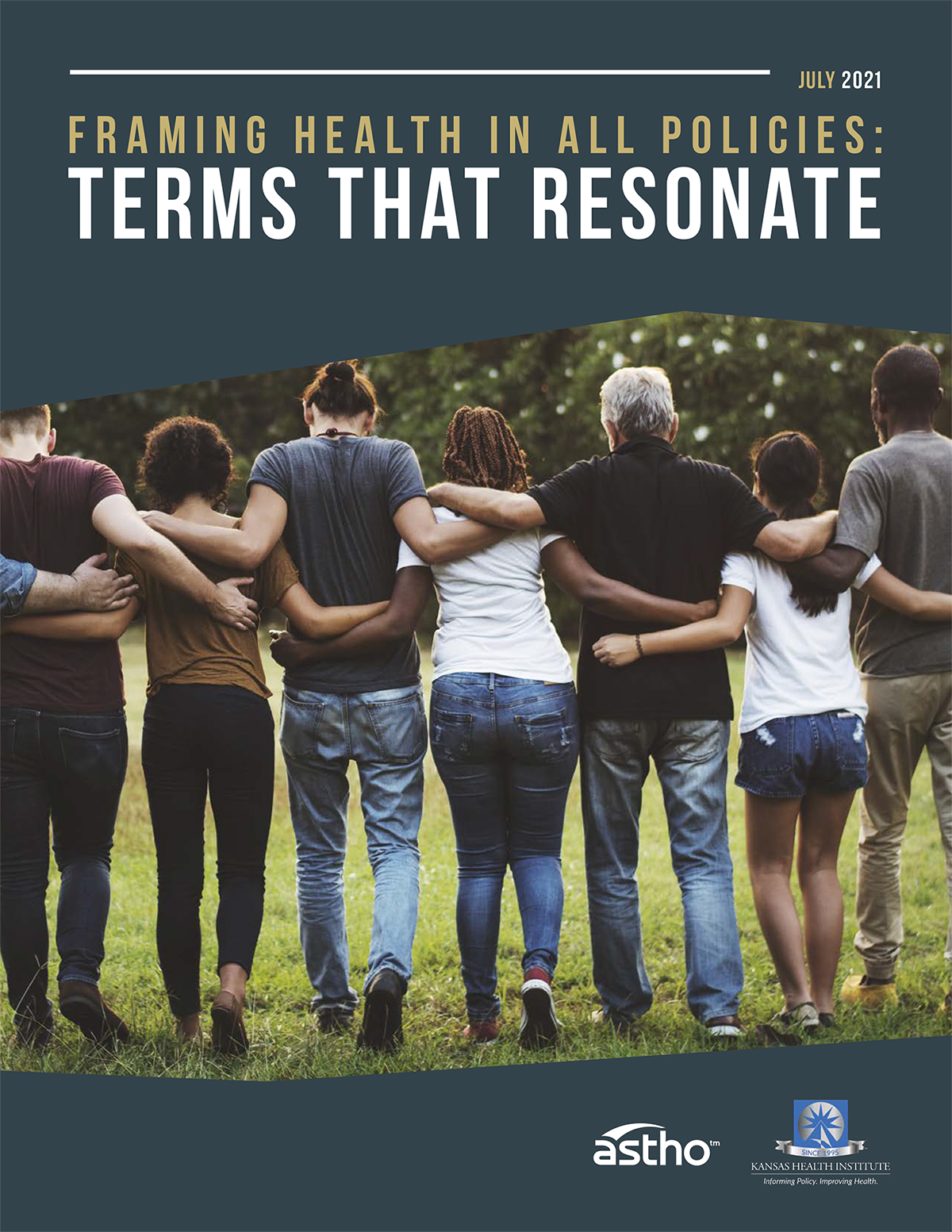 Health in All Policies (HiAP) can be a successful strategy to expand collaboration between health agencies and other partners, but the terminology used in programs focused on these efforts can differ. While some states use the term “health in all policies” to name these programs, others shy away from the terminology to avoid a feeling of health imperialism and other agencies’ limited understanding of what HiAP means. Equity is often a prominent part of these efforts, but is not always included in the program title. ASTHO partnered with the Kansas Health Institute to host listening sessions to better understand state terminology and framing around HiAP; explore lessons learned, challenges, and alternative framing for HiAP terminology; and assess how HiAP framing and associated efforts have evolved over time, especially in the context of COVID-19 and the increased spotlight on the importance of racial equity.