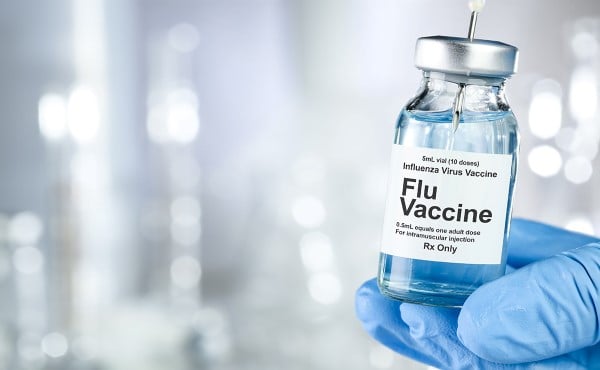 The 2019-2020 flu season had approximately 5 million fewer illnesses than the previous year. Thanks to COVID-19 mitigation efforts like social distancing and increased handwashing—coupled with a higher rate of flu vaccinations among the public this year—this all likely led to a milder end to the 2019-2020 flu season and start of the 2020-2021 flu season.

Although there were fewer flu illnesses overall last year, the rates of infection, hospitalization, and death were more severe for children aged 0-4. There were 80 deaths of children under the age of 5 last season, however due to underreporting the CDC estimates that as many as 254 children under age 5 died over the course of the 2019-2020 season.

The CDC recommends that children six months and older receive a flu vaccine annually to reduce risk of illness or death. With young children particularly vulnerable to flu, a number of states enacted laws either requiring children to be vaccinated if they’re enrolled day care or requiring childcare centers to distribute educational material to parents each year.

Last year, Virginia became the eighth state to require the flu vaccine for those enrolled in childcare. Similarly, New York introduced a bill to require the flu vaccine for any child attending day care in its 2021 legislative session. Beyond legislation, Massachusetts used its regulatory authority to expand flu vaccine requirements and now requires all students from preschool through college to receive an annual flu shot beginning with the 2020-2021 academic term.

In addition to enhancing access to flu vaccinations, expanding pharmacist scope of practice to support immunization efforts is a critical component of state COVID-19 vaccination efforts. The March 10 Public Readiness and Emergency Preparedness (PREP) Act Declaration authorized that pharmacists and pharmacy interns be permitted to administer COVID-19 vaccinations authorized or licensed by the FDA, in accordance with the ACIP recommendations.

This temporary expansion of pharmacist scope of practice has encouraged some states to expand their existing scope of practice laws. For example, Arkansas House Bill 1134 specifically references the PREP Act expansion, and a desire to not have state law be more restrictive than federal law in this case, as a reason to authorize pharmacists to administer vaccines to children as young as three.

Similarly, Arkansas House Bill 1135 references the PREP Act as a reason to authorize pharmacy technicians, when supervised by a state licensed pharmacist, to administer vaccinations to individuals three and older.

Beyond expanding pharmacist scope of practice, some states are considering allowing professions like dentistry and optometry to administer flu vaccinations. Indiana House Bill 1079 would permit dentists to administer immunizations in accordance with ACIP recommendations provided that the dentist completes training on immunization and is certified in cardiopulmonary resuscitation. New Jersey Senate Bill 3306 would allow optometrists that complete a required training to administer vaccinations to patients seven or older in accordance with ACIP recommendations. ASTHO will continue to track legislative activity related to this important public health issue.