Remembering Paul Farmer: When Public Health Doesn’t Back Down 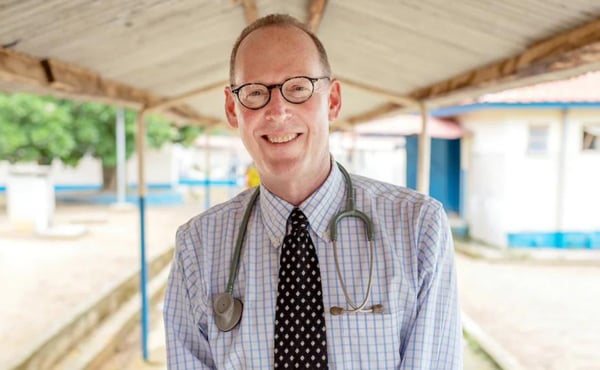 On Feb. 21, 2022, a crack ran through the global health community when it was announced that beloved physician, medical anthropologist, and global health advocate Paul Farmer passed away in Butaro, Rwanda at the age of 62.

Wherever he journeyed, Farmer left behind a legacy of radical compassion, generosity, and a commitment to social justice. He will be remembered for his work making affordable, high-quality healthcare available in some of the world’s most impoverished communities. From his well-documented work in Haiti, Rwanda, Mexico, and beyond, Farmer made it his mission to inhabit spaces where the health challenges at hand required solutions that were neither obvious nor easy.

But more than a legacy, Farmer left us with a proven model for how public health can—and must— work for everyone. When Farmer began working in Haiti as a young Harvard Medical School student in the 1980s, he saw obvious connections between severe poverty and high rates of death and disease—most of which was completely treatable.

At the time, HIV/AIDs, tuberculosis, and malnutrition were some of the top killers in the world’s poorest communities, and were often seen as almost inevitable consequences of this poverty. But to Farmer, this connection didn’t feel inevitable. In 1987, when Farmer was still a medical student, he co-founded Partners in Health, a global organization dedicated to bringing high-quality care, resources, and expertise to impoverished communities around the world.

At the time Farmer was just starting out, his work in these vulnerable communities was criticized for being unsustainable and impractical. His detractors argued that the challenges in these communities were too unpredictable and messy. They contended that a serious, long-term improvement in health care in these communities would require a seismic economic shift and radical re-thinking of care and treatment that could not be sustained. How, for instance, would a family access the regular antiretroviral medications necessary for effective HIV treatment, when they did not have access to a regular clinic? Who would cover their medical costs? And for how long?

However, Farmer did not believe that such an intervention was impractical—only necessary.

More than 30 years later, Farmer has founded a robust network of 15 clinics and hospitals that serve over 1.3 million people in locations across Africa, Asia, Latin America, and the United States. In 1998, Farmer kicked off a first-of-its-kind campaign to bring lifesaving HIV drugs to the people of Haiti. And when the COVID-19 pandemic threatened these most-vulnerable communities, Partners in Health played an instrumental role in the pandemic response.

Farmer responded to the systemic and social issues of these communities by providing systemic and social solutions. Whether it was during his work in Haiti, Rwanda, Mexico, or Sierra Leone, Farmer made an effort to identify needs and build enduring relationships. He kept in touch with many of his patients and their families, and was a godfather to more than 100 children.

What set Farmer apart from so many of his colleagues was not his vision for a world where everyone has equal access to quality healthcare. Rather, it was his belief that such a vision was not only achievable, but categorically necessary. For Farmer, anything less would not suffice—and he would not back down.

Public health has long worked under the banner that “health is a human right.” However, in Farmer’s hands, this belief was not allowed to be rendered a catchy slogan. For him, it was truest thing about his work. It was true when he trekked miles by foot to his patients’ homes to make sure they were taking their medicine. It was true when he grew his one-room clinic in Haiti into a national network of community health care centers staffed by nearly 7,000 workers. And it continues to be true now that he is gone.

In the wake of his life’s work, Farmer’s left behind global network of friends, colleagues, and students who are equipped to do the hard work that Farmer believed was public health’s most central mission. And, like Farmer, they are not backing down.