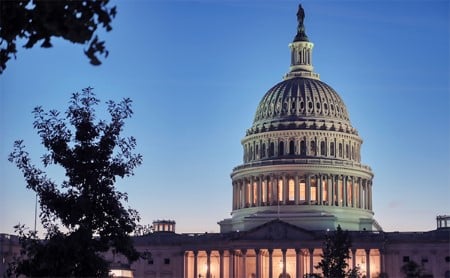 Washington, D.C. is a popular tourist destination year-round, but summer brings a distinguishable increase in capital-curious visitors. On the other hand, members of Congress are working to wrap up a number of legislative priorities and get back home. The summer at-home work period and mid-term election campaigning also shift into high gear. Below are some frequently asked questions regarding Congress’ work so far this year.

Will Congress finish the FY23 appropriations bills before the end of September?

ASTHO’s crystal ball is up on the shelf. The Senate and the House started working on their appropriations bills. Funding levels in these bills are generally lower in the Senate than those proposed in the House. Neither chamber put together a bipartisan package, which will unquestionably create hurdles for future work on FY23 appropriations given significant policy differences between the two parties. There isn’t even consensus on overall funding levels for defense and non-defense discretionary programs. And since it’s an election year, it’s safe to presume that Congress will need to pass a short-term continuing resolution (CR) maintaining FY22 levels to bring us past midterms.

What happens post-midterms is anyone’s best guess at this point. However, we are optimistic that FY23 appropriations will be wrapped up prior to the end of the 2022 calendar year.

Will there be emergency supplemental funding provided by Congress for COVID and/or monkeypox?

The likelihood of something getting done (and getting done soon) in Congress is unclear and perhaps unlikely. Not only would Democrats need to strike a deal with Republicans, there is also no realistic legislative vehicle through which emergency supplemental funding could be passed especially since it was not included in the Manchin-Schumer reconciliation agreement (i.e., Inflation Reduction Act of 2022). It is possible that the funding gets attached to a must-pass CR or as a stand-alone bill, however this would still need to garner 60 votes in the Senate, thus any emergency funding must be approved on a bipartisan basis which is in short supply these days.

There has been a lot of talk about firearm injuries. Has Congress done anything in this space?

I’ve been hearing a lot of buzz about mental health. Is there anything specific I should keep my eye on?

On July 18, SAMHSA launched the 988 Suicide and Crisis Lifeline, and its roll out will surely have broad implications, ranging from future funding allocations to how the service is used. Demand from users is expected to double over the next year. And whether states can expand their capabilities to meet this increased demand will largely determine the success of the program. Organizations are making anticipatory calls for expanding Lifeline’s capacity and the availability of mobile crisis teams.

Up next on the busy docket for the early fall in the Senate, the Restoring Hope for Mental Health and Well-Being Act of 2022 (H.R. 7666), passed by the House with broad bipartisan support, would strengthen the behavioral health care workforce and expand services for pediatric and maternal mental health care. Additionally, the bill also seeks to reauthorize key programs that support substance misuse prevention, treatment, and recovery services at SAMHSA.

What does the Inflation Reduction Act of 2022 mean for public health and how does it stack up against Build Back Better provisions?

While it is fantastic to see a deal on reconciliation and the advancement of some important provisions, we must admit—previous iterations of reconciliation package (all under the title "Build Back Better") had been more exciting for public health. The Inflation Reduction Act of 2022 does not include some major public health staples of Build Back Better and the President’s ambitious agenda such as a mandatory fund for public health infrastructure or a permanent fix for Medicaid funding for the United States Territories. This is disappointing for many public health advocates, but it means our work and advocacy will continue as we seek other legislative opportunities.

One unequivocal advantage of the Inflation Reduction Act is the odds of it getting signed into law. After an entire weekend of intense debate and amendment considerations, the bill was passed by Senate Democrats on Sunday, August 7, the House is expected to approve the measure later this week, and President Biden is expected to sign it into law.

Under the bill, eligibility for Affordable Care Act premium tax credits, which were enacted as part of the American Rescue Plan, is extended and expanded from 2023 to 2025. The bill also permits the Secretary of HHS to negotiate prices of high-cost medicines currently covered under Medicare and eliminates financial barriers to vaccines in Medicare Part D and Medicaid. Finally, more than $60 billion is committed to environmental justice initiatives, which would fund awards like the Environmental and Climate Justice Block Grants and Neighborhood Access and Equity Grants. These grants support disadvantaged communities and advance public health and environmental equity.

If you have any questions or concerns, please contact Carolyn McCoy, Jeffrey Ekoma, or Devon Page on ASTHO's government affairs team.