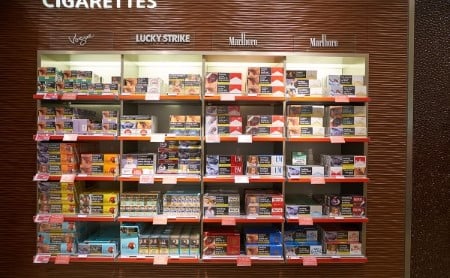 A pressing public health issue before the COVID-19 pandemic hit, the need for public health interventions to reduce tobacco use is heightened with a strong association between tobacco use, in all forms, with severe COVID-19 outcomes. Additionally, tobacco use remains the leading cause of preventable death in the U.S., claiming approximately 480,000 deaths each year. Evidence-based policies to reduce tobacco use like raising the age of sale to 21, increasing tobacco pricing, and prohibiting the sale of flavored tobacco products are common public health strategies enacted through state legislation. As anticipated in ASTHO’s Legislative Prospectus on E-Cigarettes, states are considering many of these evidenced-based tobacco reduction strategies during the 2021 legislative sessions.

As anticipated, more states are considering state legislation to raise the state age of sale for tobacco products to 21. As of Feb. 8, ASTHO identified nine more states—Alabama, Alaska, Florida, Kansas, Nevada, North Dakota, Mississippi, Missouri, and South Carolina—considering legislation to raise the age of sale of tobacco to 21. States that previously raised the age of sale to 21 are now considering legislation to better enforce the change. For example, Oregon is considering a bill that would expressly permit public health and liquor control entities to investigate possible violations of the tobacco 21 law by using individuals between 18 and 20 years old to conduct controlled purchases. Other states, such as Indiana and Oklahoma, are considering legislation requiring tobacco retailers to verify a customer’s age using scanning technology or automated software systems. Beyond traditional scanning technology to verify government issued identification, a New York bill would allow age verification using biometric information like fingerprints or facial image. The New York proposal would require the biometric information be authenticated against a verified commercially available database.

States are able to dissuade tobacco use by imposing pricing increases on tobacco products through consumption taxes. Tobacco taxes also provide an opportunity to raise public revenues at a time when the economic downturn tied to COVID-19 is straining state budgets. At least 24 states are considering changes to their tobacco tax rate in the 2021 legislative session. Alaska, Connecticut, Hawaii, Kentucky, New York, Oklahoma, Tennessee, Texas, and Washington are all considering bills that would increase the tax on electronic or vapor tobacco products. In addition to increasing prices on e-cigarettes, some states are considering levying taxes on related materials. For example, Arkansas is considering a bill that would levy a tax on cigarette paper.

A number of states are also considering bills that would add additional requirements at the point of sale to make e-cigarettes and other tobacco products less accessible to underage consumers. For example, a North Dakota bill would require all consumer tobacco purchases be conducted face-to-face, prohibiting direct to consumer shipping. The state of Washington is considering a bill that would prohibit tobacco retailers from selling more than 16 e-cartridges to a patron per month.