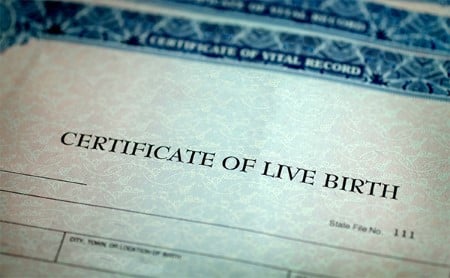 Certified records that report a birth, death, or marriage are known as vital records. These records are often maintained by state and territorial governmental public health departments and serve as a key function of these departments. The earliest reporting of such records dates to a registration law enacted by Virginia in 1632. At the federal level, the National Office of Vital Statistics was created, and eventually merged with the National Health Survey to form what we know today as the National Center for Health Statistics (NCHS) housed in CDC.

Today, 57 jurisdictions (50 U.S. states, New York City, Washington D.C., Puerto Rico, the Virgin Islands, Guam, American Samoa, and the Commonwealth of the Northern Mariana Islands) are responsible for maintaining these vital records. Over the past 20 years, there have been efforts to modernize and establish common practices to enable electronic data exchange among governmental records systems. These changes would enable states and territories to quickly identify information helpful to detect public health outbreaks and identify disease prevalence.

Despite progress to centralize and modernize these systems, many jurisdictions continue to face challenges with antiquated systems. According to the National Vital Statistics System (NVSS), funding, staffing, redundancies from medical examiners and coroners’ offices, and even outdated processes such as processing records that rely on paper, manually entering data into multiple different electronic systems, or even the “labor-intensive processes limit how quickly data can move between systems and create opportunities for error.”

State issued documents are often required to navigate daily life, such as verifying a person’s identity to open a bank account, begin a new job, or travel. Vital records, like birth certificates, are often required to be issued for these state identification documents. Usually, the information listed on a birth certificate must be consistent with state issued identification so that maintaining consistent personal identification may require the amending of a birth certificate. These amendments may include a name change, changing parental marker, or changing a gender marker to confirm one’s gender identity. Each state has different requirements and processes to amend one’s birth certificate sometimes requiring certain steps to ensure how one can accurately complete an amendment.

A recent report by the Williams Institute highlights data from the 2017 and 2019 Youth Risk Behavior Survey and 2017-2020 Behavior Risk Factor Surveillance System indicating that 1.6 million people aged 13 and over identify as transgender in the United States. At least 25 states and Puerto Rico currently allow a person to change the gender marker on their birth certificate. However, at least one-third of transgender people have not updated any records with their gender identity, according to the National Center for Transgender Equality (NCTE).

On March 31, 2022 the White House released a statement supporting LGBTQ+ people’s ability to change gender markers on their identification documents that correspond with their gender identity, including support for using the gender marker “X” to be used on U.S. passports. Today, 16 states and Washington D.C. allow residents to select male, female, or X on their birth certificate.

Some states that have introduced legislation that would allow people to change their sex on their birth certificate to “X.” Bills such as West Virginia’s HB 3193 would allow one to request a new birth certificate following a signed affidavit with an amended gender marker including “X.” Changes are also being made to laws governing death certificates. For example, in 2021, California enacted AB 439, allowing the identity of a deceased person to be recorded as female, male, or nonbinary.

At least six jurisdictions that have introduced legislation requiring a person to provide proof of surgical procedure and court order to change their gender marker on a birth certificate. Bills such as Montana’s SB 280, enacted in 2021, allows a person to update their birth certificate following the issuance of a court order with supporting documentation of a surgical procedure. Tennessee introduced legislation in 2022, HB 2691 and SB 2603 which would have allowed the registrar to amend the gender marker on a birth certificate based on a sworn statement from a person’s doctor indicating that their gender identity does not correspond with the gender marker on the original record.

Additionally, some state elected officials have publicly opposed any requirement to show proof of surgical procedure for the amendment of gender markers. Michigan’s Attorney General Dana Nessel released an opinion regarding the constitutionality of the requirement for “sex-reassignment surgery” to amend ones’ gender mark on a birth certificate. Nessel ascertains that under the U.S. and Michigan state constitution one’s “right to equal protection under the law and the right to due process of law” would deem “sex-reassignment surgery” as unconstitutional.

In addition to gender markers, birth certificates establish a child’s legal parentage. Children born to married couples are presumed to be the legal child of the couple, however it has only been in recent years that states have taken the step to recognize children born to same-sex couples as the legal child of both parents on their birth certificates. In 2017, the Supreme Court of the United States reversed a decision from the Arkansas Supreme Court that had denied same-sex parents to both be listed on their child’s birth certificate, finding that the precedent set in Obergefell v. Hodges which prohibits states from categorically denying same-sex couples the same benefits enjoyed by opposite-sex couples.

Vital records policy is a complex and evolving issue with many of the processes and procedures left to jurisdictional policy makers. ASTHO will continue to monitor this important matter and keep its members informed on emerging issues.