Isolation, Quarantine, and Public Health Authority Beyond the Pandemic 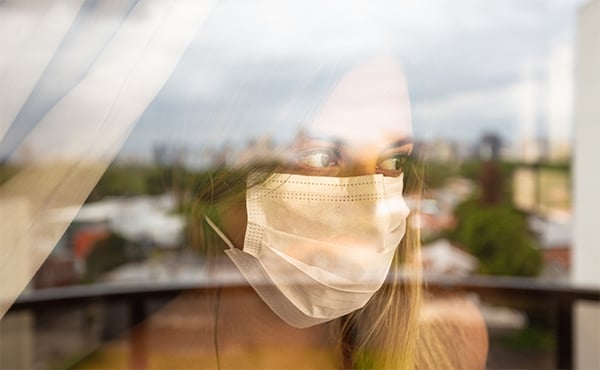 Both isolation and quarantine are essential tools that limit the spread of disease. The practice of quarantine, which refers to restricting movement among people potentially exposed to a contagious disease, dates back as far as the Middle Ages, where it was used to control outbreaks of plague. Isolation, by extension, separates people actively infected with a known or suspected contagious disease from those without disease.

Under the Tenth Amendment, states have the power to protect the health and welfare of their populations, including the authority to implement isolation and quarantine orders to limit the spread of disease. In 1824, the Supreme Court of the United States explicitly referenced state quarantine laws as health laws that “flow[…] from the acknowledged power of the State” in the case Gibbons v. Ogden. This authority has been repeatedly reaffirmed by courts, noting broad public health powers to isolate individuals infected with a contagious disease and to quarantine individuals who may have been exposed to an infectious agent.

Each jurisdiction determines which public officials are authorized to exercise isolation and quarantine authority, typically by statute, which was passed by the legislature and ratified by the governor. All 50 states, Washington, D.C., and most territories provide the state health official with the legal authority to require an individual or group to remain in isolation or quarantine. Additionally, local health departments typically have isolation and quarantine powers of their own or are authorized to implement the state powers.

Any person placed in isolation or quarantine has the right to due process and court review of the public health order. For example, in 1963, an individual traveling into the United States from a country with a known smallpox outbreak was quarantined for 14 days (the incubation period of smallpox) in New York for failing to show documentation of smallpox vaccination. In that case, the family of the quarantined individual petitioned a court to have them released. After review, the court maintained the quarantine order citing that “no one on earth could know for fourteen days whether or not there had been exposure [to smallpox].”

State and local isolation and quarantine orders are effective tools that help public health officials prevent outbreaks of communicable diseases like tuberculosis or measles. In 2015, California state and county health officials exercised isolation and quarantine powers to limit a measles outbreak traced back to the Disneyland amusement park. In 2018, the health officer of Buncombe County, North Carolina used their quarantine and isolation powers to mitigate chickenpox transmission within a private primary school.

Early in the COVID-19 pandemic several states exercised their isolation or quarantine powers on individuals returning from foreign countries or from states with high rates of COVID-19 transmission. For example, Kansas and North Dakota public health officials issued orders requiring individuals traveling from designated states or international locations to quarantine for 14 days upon arrival.

Idaho’s new law (S 1139) narrows the circumstances in which state and local health officials may issue quarantine orders to situations when a person was exposed to potential infection “under circumstances likely to result in the spread” of the potential infection for a “reasonable period of time.” This removes a health officials’ ability to issue quarantine orders if there was a suspected exposure rather than a known exposure. Additionally, the new law raises the standard of judicial review for sustaining an isolation or quarantine order from a “preponderance of the evidence” to “clear and convincing” evidence that the order is necessary to protect the public from substantial and immediate danger.

Ohio’s new law (SB 22) empowers the state legislature to rescind any action taken by the director of health to control and suppress the spread of disease—including in pandemic conditions—by adopting a concurrent resolution. This grants the general assembly the power to rescind any special or standing orders issued by the department of health and the law forbids the director from reissuing the order or any substantially similar standing order. Additionally, the law limits the authority of local public health officials to issue isolation or quarantine orders to only persons medically diagnosed with a disease or who have come in contact with someone medically diagnosed with a disease at the subject of the order.

Montana’s new law (HB 257) prohibits local health officials from restricting in-person attendance at places of worship or visits to private businesses during a declared state of emergency, unless a person is confirmed to have a communicable disease and is under a quarantine order.

Tennessee’s new law (HB 9076/SB 9013) limits the authority of county health officials to issue isolation or quarantine orders during a pandemic. This law grants the governor exclusive power to issue orders and directives for county health departments when the World Health Organization (WHO) declares a global pandemic and the Governor declares an emergency related to the WHO pandemic declaration.

Iowa legislators introduced a bill (HF 2270) which would rescind health officials’ ability to identify or monitor persons who come in contact with a contagious person in a manner known or suspected of transmitting a disease during a public health disaster. It would also remove existing health official authority to require vaccinations or issue quarantine orders to unvaccinated people during a public health disaster.

Meanwhile Oklahoma HB 3145, which passed the House and is now before the Senate, would remove health officials’ authority to quarantine or isolate individuals outside of their own residence, unless the individual resides in a non-permanent accommodation.

Looking Forward: Preparedness and the Next Pandemic