How States are Preparing for Opioid Settlement Funds 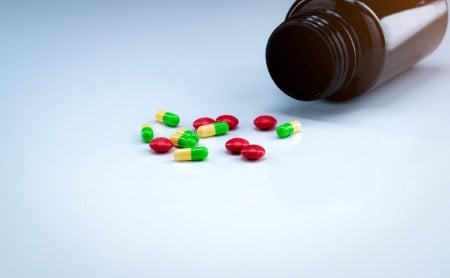 The opioid crisis continues to claim the lives of thousands across the United States and has cost the economy billions in health care, mortality, and criminal justice costs. In 2018, it’s estimated that 67,367 people died of overdose, with opioids (prescription opioids, heroin, and other synthetic opioids other than methadone) made up almost 70% of overdose deaths.

Provisional data for the twelve-month period ending December 2019 shows that there were 71,130 overdose deaths, with 50,178 overdose deaths attributed to opioids. The COVID-19 pandemic has also exacerbated the drug overdose crisis. Data shows that in the time of continued lockdowns and social distancing that overdose rates have increased, indicating a sustained need to support people with substance use disorder (SUD).

While the drug overdose crisis has shifted from prescription opioids to illicit and synthetic opioids, the impact of prescription opioid misuse is still relevant. Understanding this trend can influence discussions on how to distribute funds that may come from pharmaceutical company opioid settlements.

States, territories, localities, and the federal government have all filed lawsuits against pharmaceutical manufacturers and distributors. More than 2,400 cases are before the U.S. District Court for the Northern District of Ohio, a multi-district litigation (MDL) umbrella, while several others are being argued in state courts. These cases largely focus on the advertising campaigns of the 1990s to increase opioid prescriptions.

Several cases have settled or have settlement talks in progress. Some of the proposed settlements would resolve cases involving multiple jurisdictions, such as a global settlement proposal to settle all cases against Purdue Pharma. Further, in Oct. 2020, the U.S. Department of Justice (DOJ) announced civil and criminal settlements with Purdue Pharma and the Sackler family, which owns Purdue Pharma. In Nov. 2020, the bankruptcy court approved the DOJ settlement terms. However, the DOJ resolution does not settle any pending state court cases against Purdue or members of the Sackler family.

State and territorial governments could use their past experiences in determining how to distribute any opioid settlement funds, possibly to support treatment and other prevention activities related to opioid-related morbidity and mortality. This week Johns Hopkins University released suggested principles for the use of settlement funds including investment in youth prevention, a fair and transparent process for spending, and a focus on racial equity.

A few state legislatures have already begun filing or adopting bills related to the distribution of opioid settlement funds. A proposed New Jersey bill (A 3941) provides that funds received from opioid litigation or settlements be dedicated in financing SUD prevention and treatment programs and services in New Jersey through the Opioid Settlement Treatment Support Fund.

The bill focuses on supporting vulnerable populations such as inmates, people with SUD and co-occurring mental illness, and people who may be socially or physically isolated (because of COVID-19 or otherwise). Funds will be appropriated to the New Jersey Department of Human Services and further allocated to the state's Division of Mental Health and Addiction Services and the Office and Licensing.

Massachusetts established an Opioid Recovery and Remediation Fund (H 5129). The use of funds would be decided upon by the Executive Office of Health and Human Services with consultation of the health and human services secretary and the opioid recovery and remediation trust fund advisory council.

Membership of this council will include at least one person with lived experience related to opioid use disorder (OUD) and those who represent diverse communities. These funds will expand access to OUD prevention, intervention, treatment, and recovery options and will supplement (not replace) existing funding streams. Any remaining funds at the end of a fiscal year will not revert to the general fund.

A bill introduced in the New York state assembly (A 2466) would establish an opioid settlement fund to hold funds distributed from opioid litigation. These funds would only be used to supplement other funds which would have been used for alcohol and substance use prevention or treatment. Information regarding culturally competent, trauma-informed, harm reduction, and evidence-based treatment should be included.

An Oklahoma state senate bill (SB 610) would create the Opioid Settlement of Judgment Revolving Fund to be housed in the State Treasury not subject to fiscal year limitations. Beginning with the fiscal year ending June 30, 2023, up to 4% of the balance of the fund may be appropriated to abating the opioid epidemic including evidence-based treatment and prevention efforts related to OUD and co-occurring SUD, including medication assisted treatment and drug court programs.

Finally, in 2019, a Kentucky bill (HB 44) would have established an addiction prevention, recovery, and enforcement fund. A committee will oversee the distribution of funds and will include legislative, executive office, and civilian input. This bill was introduced into the legislature but was not enacted.

As litigation is finalized in cases, ASTHO anticipates that more legislation will be drafted, passed, and signed to support distribution of opioid settlement funds in states and territories. Health agencies and officials can collaborate with one another and be at the table as these decisions are being considered to provide subject matter expertise as well as logistical support.

Health agencies are well-positioned to utilize their expertise and partnerships to educate policymakers and pursue appropriate policies for distribution of opioid settlement funds. ASTHO will continue to monitor legislative activity and trends on this important public health issue.